Gigi Stone Woods is an award-winning, national TV host, news anchor, correspondent and producer. She has worked as an anchor and producer for ABC News, CBS News, NBC News and Bloomberg TV.  She creates, writes and produces her own programming.   She has interviewed hundreds of notable CEOs, politicians and celebrities, and has reported live on everything from Presidential elections and the world’s biggest economic stories to the Oscars and NY fashion week.

Gigi Stone Woods has worked as an anchor for ABC News and as a daily correspondent for "Good Morning America," "Nightline" and "World News."

At CBS News, Stone Woods anchored “CBS Moneywatch," and CBSN and appeared regularly as a correspondent on "CBS This Morning."

She also created, produced and hosted the "Inspiring Women In Business" interview series on Bloomberg TV. 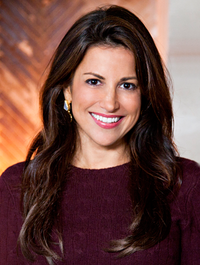 Gigi Stone Woods currently appears as a TV news anchor for national news programs on MSNBC and NBC News and as a business news expert on various networks.

Gigi Stone Woods works as an on-air media trainer, media message writer and press advisor through her company, Stone Woods Media. She teaches executives and corporate spokespersons how to best communicate their message and connect with an audience. She helps them prepare for public speaking engagements and media interviews, enabling them to appear poised and confident while creating and delivering a compelling story that resonates in person as well across various media platforms.

Stone Woods received her master's degree in journalism from Columbia University. She is on the board of directors of education non-profit "The Opportunity Network" and is on corporate advisory boards for various media companies.